Top officials at of The American Legion, the nation’s largest veterans organization, on Friday stepped up their calls for the federal government to legitimize and invest in medical marijuana research.

In a speech to the National Press Club in Washington, D.C., the Legion National Commander Denise Rohan outlined how the White House and Congress could improve the delivery of benefits to the nation’s 20 million-plus veterans. Medical cannabis was on the list.

In fulfilling its mission to make sure veterans are taken care of, “we have to find replacements for the opioid epidemic we have in this nation,” Rohan said.

The organization’s call for additional research into cannabis as a potential treatment for post traumatic stress disorder (PTSD), pain and other ailments was reiterated by Louis Celli, National Director Veterans Affairs & Rehabilitation at the Legion.

“We just need to know that the American government is focused on trying to find cures for not only veterans but for all Americans,” he said. “And if cannabis, which is a drug, is something that can help (then) they have to do the research to do that.”

The Legion has passed several resolutions on cannabis over the past two years. A 2016 measure calls on the Drug Enforcement Agency to license privately-funded medical marijuana operations, ensuring “safe and efficient” research into cannabis. It also asks for the rescheduling of cannabis from its current, decades-long classification as a Schedule 1 drug into a category that, “at a minimum, will recognize cannabis as a drug with a potential medical value.”

The other resolution, passed last year, calls on the Veterans Administration (VA) to allow its medical advisors to openly discuss the use of medical cannabis with veterans for medical purposes – as well as to recommend medicinal cannabis where it is legal.

In December, the VA issued a directive, allowing its doctors and pharmacists to discuss cannabis with veterans taking part in state-approved medical marijuana programs. However, the Weed for Warriors Project, a pro-cannabis legalization veterans group, warned that vets who choose to talk about marijuana use with doctors might be identified by the VA as having a substance abuse disorder, which would in turn curtail their access to other medicines.

The Legion’s Celli also addressed that issue Friday, when asked if he was seeing any pushback to the organization’s stance on cannabis due to the stigmas still surrounding marijuana.

“I wouldn’t say we’re getting pushback,” he responded. “What we’re getting is…stories from veterans who live in states that have legal cannabis programs, and they’re participating in those programs with a feeling of inner guilt.”

Ambivalence about medical cannabis, he said, comes from years of being told that marijuana is bad and immoral.

Veterans in those state-legal cannabis programs, he added, see pot as a valid treatment but still feel like they could be on “the wrong side of the law.”

And they too are looking for the federal government to invest in this research,” he added, “to validate what…they’re experiencing.”

The VA appears to be quietly changing its stance on veterans’ access to cannabis. Tom Angell of MarijuanaMoment.net on Monday reported that the VA’s web site on PTSD research had been updated with language indicating the administration can “look at marijuana as an option for treating Veterans.”

Rohan, meanwhile, is scheduled to testify on February 28th before a joint session of the House and Senate Committees on Veteran’s Affairs. She’s also expected to meet Secretary of Veterans Affairs David Shulkin.

Despite an ongoing controversy regarding the alleged misuse of VA funds, Rohan expressed support for Shulkin during her Press Club comments. 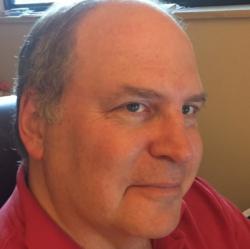