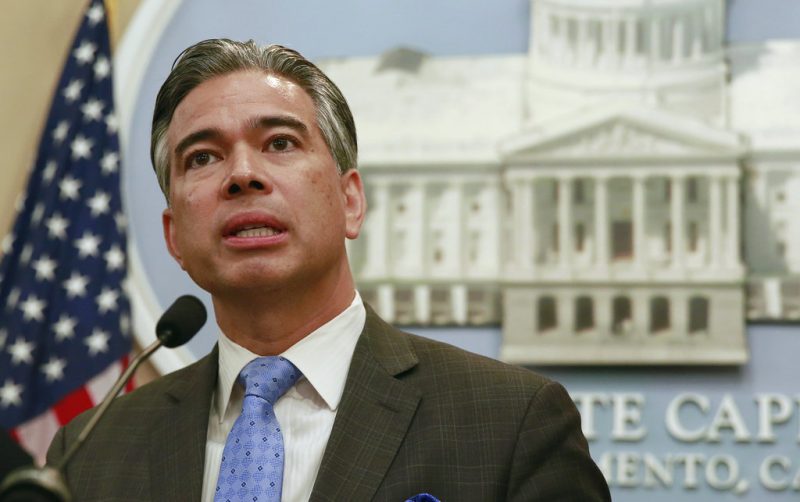 LOS ANGELES — American Indian tribes that say they have been cut out of California’s legal marijuana market have raised the possibility of going their own way by establishing pot businesses outside the state-regulated system that is less than two months old.

The tribes floated the idea of setting up rival farms and sales shops on reservations after concluding that rules requiring them to be licensed by the state would strip them of authority over their own lands and their right to self-governance.

The possibility of the tribes breaking away from the state-run system is one more challenge for California as it attempts to transform its longstanding medicinal and illegal marijuana markets into a unified, multibillion-dollar industry.

For tribes to participate in the state-run market, “they have to give up their rights to act as governments, with regard to cannabis,” said Mark Levitan, a tribal attorney.

At issue are legally thorny questions about who governs whom, taxation and the intersection of state marijuana laws with tribes that the federal government recognizes as sovereign nations within the U.S.

Under regulations issued last year, California would retain full control over licensing. Tribes would have to follow state rules, including “submission to all enforcement,” to obtain a license to grow or sell marijuana. Any application must include a waiver of “sovereign immunity,” a sort of legal firewall that protects tribal interests.

Without state licenses, businesses cannot take part in the legal state pot market. California has over 100 federally recognized tribes, the most of any state, and estimates of the number either growing and selling pot or eager to do so varies, from a handful to over 20.

Unlike those that have prospered from casino gambling, some are in struggling rural areas and would welcome a new source of cash to improve schools and pave roads.

After long-running negotiations between tribes and state officials failed to produce an agreement before broad legal sales began Jan. 1, the California Native American Cannabis Association warned state officials that tribes “may engage in commercial cannabis activities through our own inherent sovereign authority.”

If tribes choose to step away from California’s market, “the state will have no jurisdiction to enforce its cannabis laws and regulations on tribal lands,” the group said in a sharply worded letter to Democratic Gov. Jerry Brown’s administration in December.

Tribes “just want to be able to do business in the state of California and elsewhere, just like anybody else,” said Paul Chavez, former chairman of the Bishop Paiute tribe.

The dispute in California differs from another legal pot state, Washington, where seven tribes have marijuana compacts with the state and others are in negotiations or awaiting the governor’s approval. The compacts allow tribal marijuana businesses to participate in the legal system, such as selling tribe-grown pot to retailers off the reservation.

In California, the tribes are circulating a proposal that calls for the governor to strike agreements with them. Those pacts would allow them to participate in the legal market, while the state would recognize a tribe’s “exclusive authority” to regulate commercial marijuana activity on its lands.

Tribes are eager for a settlement, but reaching a deal in the Legislature could take the remainder of the year.

“Everyone agrees conceptually there should be an even playing field, a level playing field,” said state Assemblyman Rob Bonta, a Democrat at the center of the negotiations in Sacramento.

In addition to the problems in Sacramento, tribes are facing uncertainty at the federal level.

Earlier this year, Attorney General Jeff Sessions lifted an Obama-era policy that kept federal authorities from cracking down on the marijuana trade in states where the drug is legal, which also guided enforcement on tribal lands.

The shifting ground has put a chill over development plans — including in an isolated stretch of eastern San Diego County.

Nevada-based GB Sciences Inc. announced last year that it would build and manage a commercial cannabis company on tribal lands, nurturing plants, manufacturing products and distributing them across the state.

The tribe, the Los Coyotes Band of Cahuilla and Cupeno Indians, would get an ownership stake, jobs and 40 percent of the profits. GB Sciences would get income for its marijuana research and a foothold in the largest legal pot market in the U.S.

But the projected $8 million project is on hold, with the status of tribes in the pot market unclear.

Issues involving sovereignty touch a sensitive subject for tribes, and they see the predicament with marijuana as part of a history of exploitation.

The state rule “harkens back to the end of the 19th century … when federal and state policies favored extermination or forced assimilation of California tribes,” the tribal group wrote.

Associated Press writers Gene Johnson in Seattle and Kathleen Foody in Denver contributed to this report.