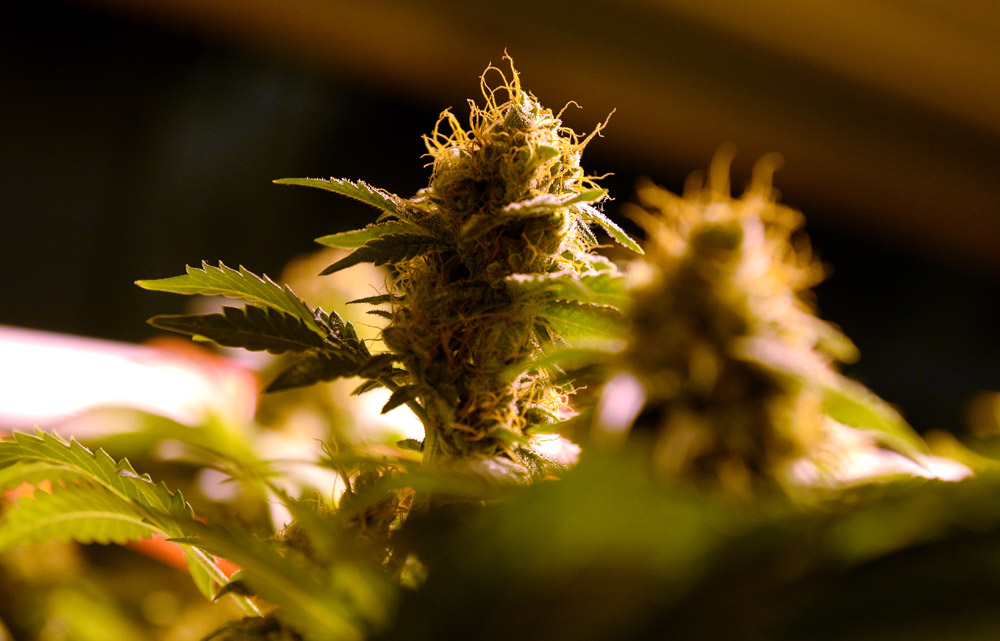 For every ending, there is a beginning. It’s spring’s slogan.

From the cold, gray grip of winter comes the blossoming, sticky buds of spring, then a fruitful summer — hopefully one filled with backyard grilling, late-night smoke sessions and plenty of good tunes.

It’s also a slogan we’re trumpeting at The Cannabist and The Denver Post this spring. If you haven’t been paying attention, your humble local newspaper that backs The Cannabist has suffered massive layoffs. So this playlist, perhaps the last of its strain, is all about rebirth!

Not enough time for all these lively LPs? Check out The Cannabist’s SmokeSongs spring playlist featuring strong rips from each featured record.

Next to fall, spring may be the best time to be in The Big Apple. Especially if you’ve found a hip new ganjaman who delivers. That’s basically the premise of HBO’s new series, “High Maintenance.” It follows a quirky weed dealer dubbed “The Guy” and the people he sells to, including comedian Hannibal Buress and “Girls” star, Lena Dunham. While the show is definitely watchable, the songs on first season soundtrack are super dank. From the relaxing vibes of Mild High Club’s “Note to Self” to the ethereal synth-laden fluidity of Tycho’s “A Walk” or the soulful, groovy spank of Emily King’s “Distance,” the tunes translate well to strolling around on a few tokes deep on a yawning New York City spring day.

Tom Waits is known mostly for his gravely, whisky washed voice and a seedy persona (as portrayed in a number of songs, like this one). But he’s an extremely versatile songwriter. He revels just as much in his tender works as he does in his junkyard stompers or spooky rockers. For three different sides of Waits, check out 2006’s “Orphans: Bawlers, Bawlers and Bastards.” As expected, “Bawlers” is the collection of wistful heart-melters, including the highlight “You Can Never Turn Back Spring.” Originally written for Roberto Benigni’s 2005 Italian romantic comedy, “The Tiger and The Snow,” in which Waits plays himself during dream sequences, the song is the perfect encapsulation of springtime longing. In fact, “The Tiger and the Snow” is a continuation of Benigini’s beloved “Life is Beautiful,” making this springtime tune far more befitting.

“Love” is over. Well, maybe not that love, but the Netflix original series created by Judd Apatow, Paul Rust and Lesley Arfin ended at the beginning of March after a three season run. It was the perfect lifespan for the endearing, excruciatingly frustrating show about a rocky modern relationship and all the people surrounding it. What will be missed about the show is its music, which was hellbent on weaving together heightened hormones and broken hearts with upbeat pop songs and mellow indie rockers. Beck’s cover of Daniel Johnston’s downtrodden-but-hopeful “True Love Will Find You in the End” or Queen’s “Play the Game ” fit all too well with every uncertain kiss or raised brow that have come to symbolize blooming affection in our perplexing, digitally dependent world of dating. At times, “Love” is so real and honest, it makes you want to fry your brain on the finest kush and never think about finding a significant other ever again.

“The Smile Sessions,” The Beach Boys

In 1966, Brian Wilson of The Beach Boys set out to make the greatest rock album ever made. Using dogged determination, he actually delivered with the immersive, utterly beautiful “Pet Sounds.” That same year, Wilson planned to follow up the record with the ambitious concept album, “SMiLE,” which would advance the exhaustive recording process used in “Pet Sounds” while maintaining a theme of zealous “flower power” positivity. Wilson got some aid by installing a sandbox in his living room, buying more than $2,000 of marijuana and pitching a hotbox tent — but it couldn’t save the album eventually drowned in band strife and technical issues. It turned into the confounding, poorly structured “Smiley Smile,” which was met with more than a few frowns. Fortunately, “SMiLE” was rejuvenated in 2011 when, released as “The Smile Sessions” box set, the album was compiled as close to its original final cut and track listing. Whether you’re smoking of not, it’s okay to grin about that.

Johnny Cash will always be considered a country music legend, but, in the early 1990s, his career was far from legendary. After spending most of the ’80s touring old hits, only to make records filled with rehashed nostalgia, Cash ended up getting dropped from his longtime label, Columbia. Then he had double bypass surgery. Needing new life, if not some fresh music to work with, Rick Rubin approached Cash about joining his label, American Recordings. Best known for producing the Beastie Boys, Run D.M.C. and Public Enemy, Rubin experimented with Cash over a few days in his living room to craft a diverse set of songs carried by nothing but an acoustic guitar. The resulting album, “American Recordings,” marked a major comeback for Cash, which lasted until his death in 2003 at age 71. Smoke a bit before playing this record, then have some more in celebration of second chances.