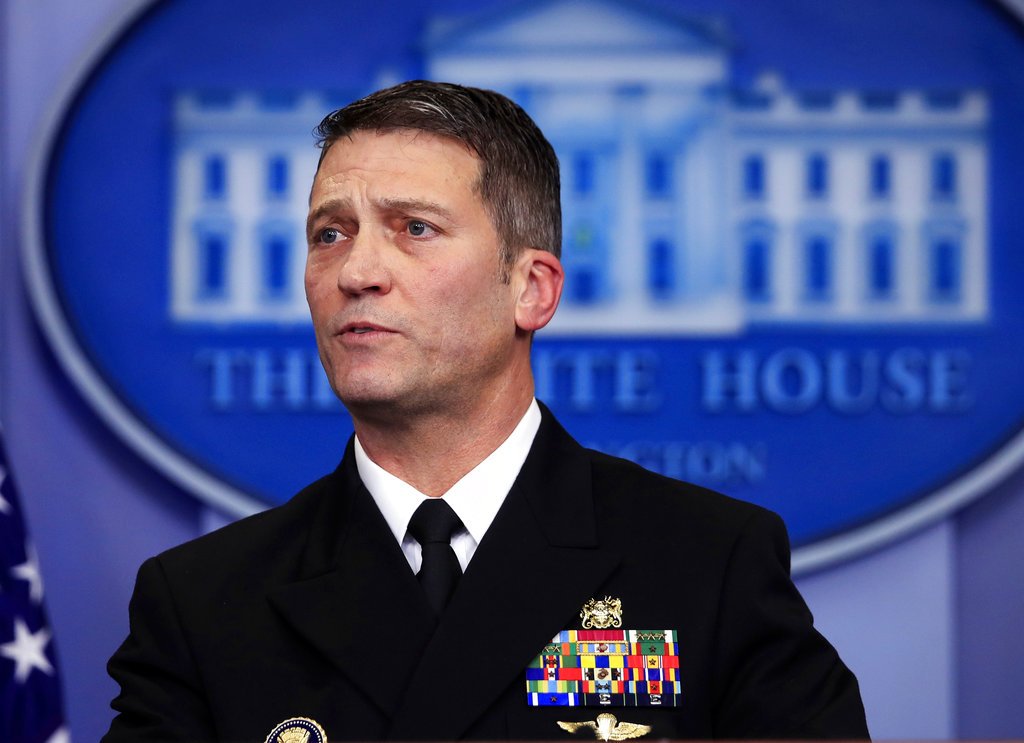 Veterans organizations fighting for medical marijuana access reacted with both hope and skepticism to President Donald Trump’s latest shakeup at the U.S. Department of Veterans Affairs.

Trump ousted VA Secretary David Shulkin via tweet late Wednesday and announced that he would nominate for the position Dr. Ronny Jackson, 50, an active-duty rear admiral in the Navy who has served for the past three administrations as White House physician.

Shulkin had come under fire from both politicians and veterans who alleged he perpetuated bureaucratic incompetence and misused funds on a European tour.

He also found few fans in the ranks of veterans organizations who claimed Shulkin dropped the ball when it came to medical marijuana.

During his tenure multiple groups launched campaigns demanding the VA lift barriers to veterans’ use and federal research of medical marijuana to treat Post Traumatic Stress Disorder (PTSD), brain injury, chronic pain and other ailments. This past January, however, Shulkin’s VA declined to consider research into medical cannabis as a legitimate treatment for vets in its care.

The American Legion, the nation’s largest veterans organization, has been one of the loudest voices demanding increased research into the efficacy of medical marijuana. Leaders for the group said Wednesday they would continue to call for the federal government to legitimize and invest in medical marijuana research.

“The American Legion will work with whoever is sitting in the VA secretary’s seat, just as we did with Dr. Shulkin,” Joe Plenzler, the Legion’s director of media relations told The Cannabist. “Regarding medical marijuana research, our objectives remain unchanged.”

The Legion has passed several resolutions on cannabis over the past two years, and last November, it commissioned national survey that showed strong support for medical cannabis research and legalization within the military veteran community. The Legion’s National Director Veterans Affairs & Rehabilitation reiterated the call last February in a speech to the National Press Club in Washington, D.C.

“We just need to know that the American government is focused on trying to find cures for not only veterans but for all Americans,” Louis Celli said Feb. 23. “And if cannabis, which is a drug, is something that can help (then) they have to do the research to do that.”

Leaders at Weed For Warriors Project, an organization that educates veterans on the benefits of medical marijuana while providing free cannabis to vets, slammed Shulkin for his inability to remove hurdles that continue to hinder the first federally-approved clinical trials on the effectiveness of marijuana as a treatment for veterans with PTSD.

“Obviously I was extremely disappointed with his stance on cannabis,” Sean Kiernan, Weed for Warriors Project president said in an email.

Shulkin’s failure to move the PTSD study forward, “left many of us bitter, bitter because many of us believe cannabis is currently the best option we have for combating the suicide and overdose epidemic. His lack of progress on that topic — meaning providing a meaningful and effective policy to combat these epidemics — is what led me to lose confidence in his leadership,” he said.

That clinical trial of medical marijuana to treat PTSD in veterans is being administered by the Multidisciplinary Association for Psychedelic Studies (MAPS) in Arizona. Late last August, principal investigator Sue Sisley sent a letter to VA officials that said the study is in jeopardy because the Phoenix VA Health Care System won’t participate with patient recruitment efforts. Weed for Warriors has advocated for the completion of the study, and the Legion also took up the study’s cause last September, calling on the VA to help facilitate the study’s completion.

Leaders for the Las Vegas-based HeroGrown Foundation, which has given away more than $2 million in medical cannabis to veterans in need, called Shulkin’s tenure a “blunder that has caused harm to millions of veterans,” and hailed the possibility of a combat veteran taking the VA’s reins.

“The fact that we now lose more than 50 American heroes a day to prescription drug overdose and suicide is obscene,” Roger Martin, an Army veteran and HeroGrown’s founder, said in an email. “The VA’s shameful, unspoken policy of keeping veterans in a drug stupor until they either die from an overdose or, worse yet, give up all hope and take their own lives must stop now! Ending the mistreatment of veterans should be the primary mission of the next Secretary of Veterans Affairs.”

Trump tweeted Wednesday that he would nominate Jackson, 50, to fill the vacancy, a move in line with HeroGrown’s call for the next VA chief to be a veteran, “someone who has lost buddies not simply on the battlefield, but to drug overdose or suicide after their service to our country ended,” Martin said.

“It could have been a lot worse, given some of the names that were discussed,” he said. “Dr. Jackson comprehends via his own service many of the sacrifices these active duty soldiers, marines, and other service members go through, and I must say that is a huge plus.”

“I want to hear where he stands on the issues; issues like his views on privatization, what he would do to combat the suicide and overdose epidemic among veterans, and obviously how cannabis could fit into a VA,” he said.