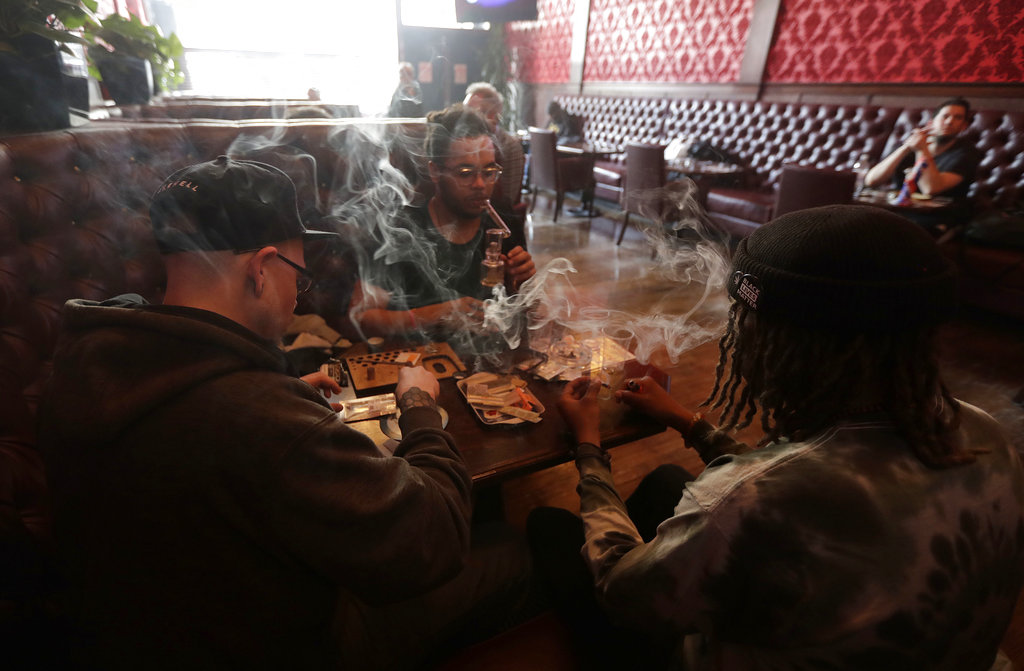 Colorado legislators this week doused the latest attempt to establish licensed cannabis consumption clubs in the state, but another social-use bid remains alive.

A bill to establish a marijuana consumption club license and accompanying regulations for adult-use cannabis spaces failed on a vote of 6-1 in the Senate Committee on Business, Labor & Technology on Monday. Separately, a bill to allow for marijuana “tasting rooms” on licensed establishments will head to the House Appropriations Committee on Friday after clearing its first committee hurdle in mid-March.

The death of Senate Bill 211, “Marijuana Consumption Club License,” marks another failed legislative effort to develop a regulated regime for cannabis social use spaces in Colorado. Last year, at the behest of Gov. John Hickenlooper, a legislative bid for cannabis clubs was scrapped.

Backers of this latest effort say social use spaces will be an inevitable aspect of Colorado’s evolving legal marijuana regime and state law should adapt sooner rather than later.

Under current regulations, cannabis consumption is prohibited in public spaces and places of business. Colorado is home to several unlicensed cannabis clubs. Denver officials are implementing a voter-approved initiative for licensed cannabis social use establishments.

“This is opening the door to begin the conversation to starting clubs,” bill sponsor Vicki Marble, R-Fort Collins, said Monday as she addressed the committee.

It didn’t take long for the door to close.

The bill entered Monday’s hearing “substantially changed” from how it was initially written, Marble said. The amended bill indicated that the licenses would not apply to where retail marijuana is banned, it stripped out licenses for medical marijuana clubs and deleted references that would have exempted clubs from the Colorado Clean Indoor Air Act, if ventilated.

Patrons of the licensed club would be able to buy up to the maximum amount allowed under a single transaction, purchase light snacks and store their purchased marijuana on-site.

However, the bill met staunch opposition from state marijuana regulators and members of the law enforcement and medical communities.

Among the red flags raised by Burack and opponents, including Colorado State Patrol Maj. Steve Garcia: The post-sale marijuana stored on site would be no longer subject to inventory tracking and could be at risk for spoiling or gathering mold; the clubs could increase the likelihood of drugged driving; and unlicensed and unregulated clubs could continue to operate under these new regulations pending license approval.

Marble prodded Burack on MED’s opposition to Senate Bill 211, noting the enforcement agency took a neutral position on House Bill 1258, which would allow for cannabis “tasting rooms” for existing establishments.

“In some part of our time, we have to allow marijuana clubs to exist,” she said.

MED has been active in discussions for both bills, Burack said, noting that the consumption club licenses would open up a slew of regulatory issues while House Bill 1258 represents an “incremental approach” for social use. MED is neutral on House Bill 1258, “Marijuana Accessory Consumption Establishments.”

House Bill 1258, which passed the House Committee on Finance in mid-March, is scheduled for a hearing Friday in House Appropriations.