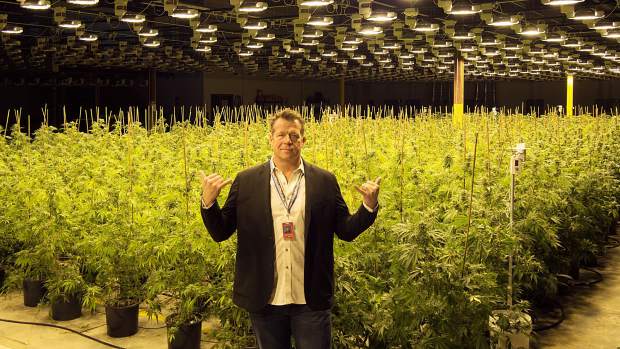 The founder of Green Man Cannabis, a six-time winner of the Cannabis Cup with two dispensaries in Denver, said he wants to build “the world’s most powerful cannabis business franchise system” under a different brand, and Frisco will figure into those designs.

Describing a massive expansion plan, Christian Hageseth said he expects to have 50 locations across Colorado within the next three years, including possible locations in Aspen, Vail and Steamboat Springs. However, new retail sites have “already been identified” in Denver and Frisco.

Experiencing early success with medical marijuana in Ohio, Michigan and California, Green Man Cannabis currently has two dispensaries in the Denver area. All of the new locations, however, would operate under the ONE Cannabis brand, said Hageseth, who’s the CEO.

The majority of the 50 locations planned for Colorado would be with independent dispensary owners through franchise agreements, he continued, adding that he’s interested in expanding through “strategic franchise partnerships,” which he sees as the next big step in the marijuana industry, especially since federal law prevents products from being shipped over state lines.

Read the full story at SummitDaily.com

Related: This is how a ganjapreneur celebrates his fifth (and sixth) Cannabis Cup wins